De-risking projects and bridging the ‘green premium’ cost remain key challenges for the renewable hydrogen value-chain. The Fit for 55 package introduced ambitious renewable hydrogen consumption targets. These show the direction in which private investments must go. But these now need to be supported by dedicated support instruments to unlock these investments if Europe wants to accelerate the deployment of renewable hydrogen across the continent. 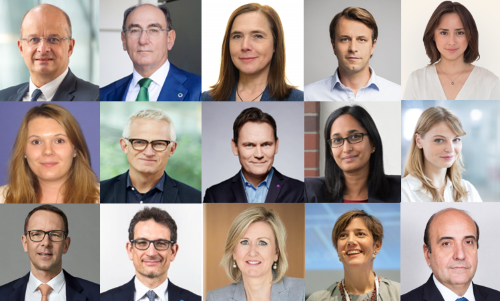 With its Fit for 55 package the European Commission has set clear targets for the fast and large-scale deployment of renewable hydrogen in key sectors of the economy and fixes the rules of the game: only hydrogen produced with electrolysis of water using renewable electricity can contribute to Europe’s 2030 targets. Not only will it play a key role in achieving climate neutrality by 2050, but this is a first key step in helping make the EU the global leader in renewable hydrogen. Supporting the rapid scale-up of integrated European value chains in renewable hydrogen technologies and electrolyser manufacturing capacities must become clear EU investment and industrial policy priorities.

The European Commission has clearly identified the role of renewable hydrogen in decarbonising sectors that are hard-to-electrify. Nonetheless there is a cost gap to bridge between fossil-based hydrogen and renewable hydrogen, in order to make it widely available at a cost-effective price. The Commission chose to introduce sector-specific targets as a way to drive investments and demand, but will that be enough to deliver on the EU’s objective of 40 GW electrolyser capacity by 2030?

Supplying vast amounts of cheap renewable electricity to feed electrolysers is the starting point. Accelerating the scale-up of additional renewable electricity generation capacity and all-size electrolysers across Europe are pre-requisites for a flourishing renewable hydrogen market. To do so, Europe urgently needs to simplify the permitting of renewable energy projects that currently represents one of the major obstacle for the decarbonisation of Europe.

The ambitious targets introduced by the Fit for 55 package will trigger the demand for renewable hydrogen and partly help bring capital expenses (CAPEX) down as it is deployed and scaled up. Yet these measures alone will not be sufficient to de-risk investment and speed up deployment in this early stage.

The cost of carbon and fossil fuels is artificially low and will not deliver on its own. Multiple support instruments will be required to enable a fast deployment of renewable hydrogen for Europe to be able to meet its ambition.

The upcoming work on the Fit for 55 package with the European Parliament and Council will be key to maintain Europe’s ambition and put it on the right path.