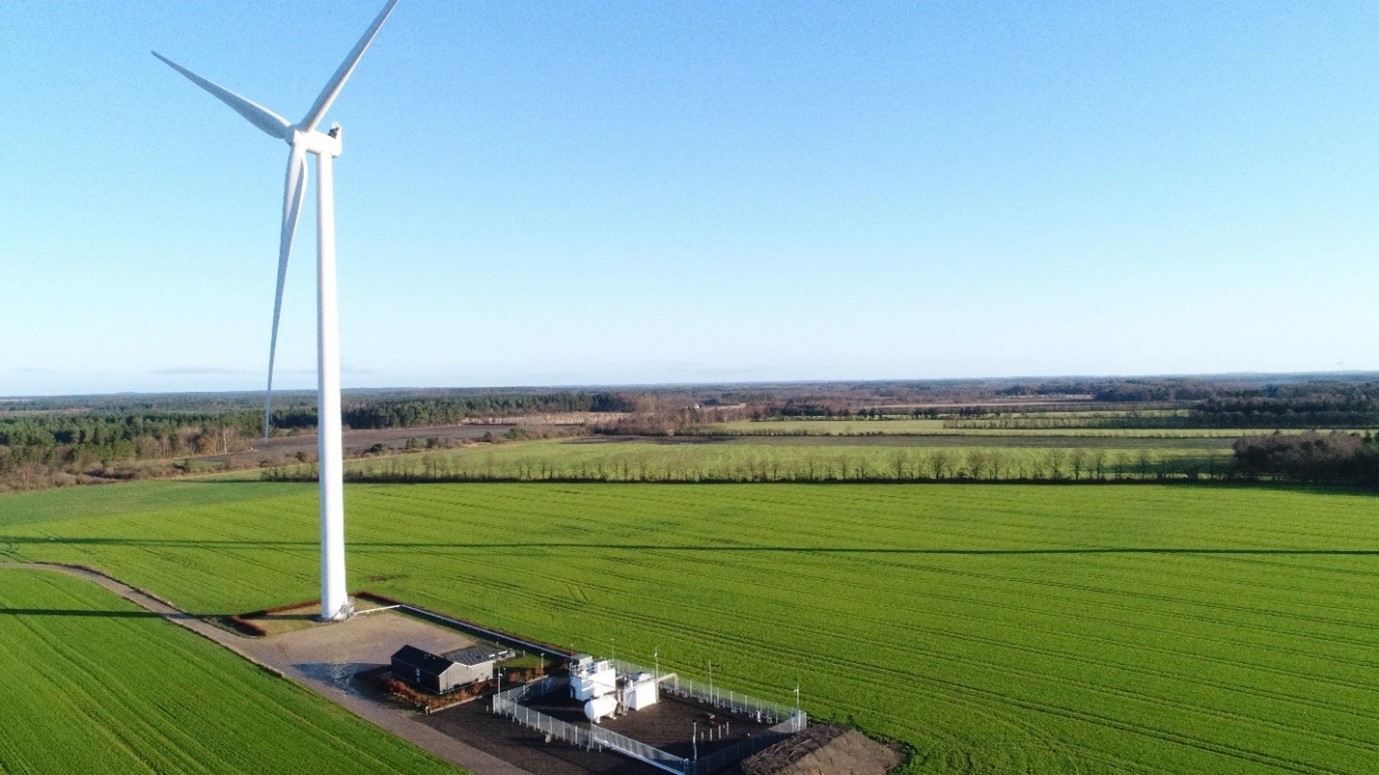 Renewables are essential to tackle climate change. While electrification based on renewable energy from wind and solar is the fastest and most cost-effective way to decarbonise the economy, renewable hydrogen is the only viable sustainable solution to reduce the emissions of hard-to-electrify industries such as steel, ceramics and ammonia production to name but a few. It is also being developed as a fuel for aviation, trucking and ships, reducing emissions in these sectors too. This is why Siemens Gamesa has developed Brande Hydrogen.

Brande Hydrogen is a pilot test site in Denmark coupling an existing onshore 3-MW Siemens Gamesa wind turbine with a 430-kW electrolyser. The project aims to demonstrate that renewable hydrogen can be produced without using energy from the grid, which is also known as the “island mode”. Confirmed last November, Brande Hydrogen celebrated a milestone with the production and delivery of renewable hydrogen as part of the testing and commissioning phase.

This pioneering project paves the way for large-scale hydrogen production at a competitive price. “There is no way around green hydrogen. It is a game changer in the quest to decarbonise the power supply and solve the climate crisis. Our hydrogen-producing wind turbine is an example of the innovative projects that will help shape the emerging clean-fuel market and accelerate the green energy transition as we integrate unprecedented amounts of renewable energy into the energy system. We are very proud to have reached yet another milestone in making this vision a reality – getting our first 100% green hydrogen out to the consumers,” says Poul Skjærbæk, Chief Innovation Officer, Service, at Siemens Gamesa.

It demonstrates the feasibility of integrating wind turbines efficiently and reliably into hydrogen production systems, and by doing so, Brande Hydrogen brings us closer to solving one of the greatest challenges of the green energy transition: the integration of unprecedented amounts of renewable energy into the energy system.

Seeing the importance of this project, Danish authorities defined Siemens Gamesa’s Brande Hydrogen project as an “official regulatory energy test area,” allowing activities to operate outside the existing electricity regulations and enabling research into how to develop an island-mode capable system of offshore hydrogen production at turbine level. Offshore wind offers vast potential, which combined with an electrolyser and operating off-grid, will help reduce the cost of renewable hydrogen production.

With this project, Siemens Gamesa takes the first steps towards a future in which large-scale renewable hydrogen production is possible and economically viable. A vision of a future in which broad and cheap energy can be used in hard-to-electrify sectors that have hitherto been highly polluting, such as long-distance transport and heavy industry. This project also helps demonstrate what is needed from governments and international bodies to encourage the growth of the nascent renewable hydrogen sector, removing the barriers to entry, increasing available opportunities, and encouraging cooperation among renewable energy suppliers and hard-to-electrify sectors along the way.